It's one of those Buddhist / New Age truisms that "things" don't make you happy. We love the idea of acquiring things, but once we have them, we're discontented. Up to a point, I agree. I've been much happier since downsizing my possessions to the point that, with the exception of the furniture I was recently given, I can fit everything I own into a reasonable size car. 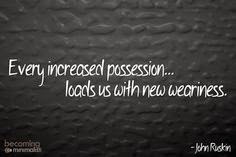 However, I don't agree that, per se, possessions don't make us happy. For example:

And, apart from my clothes, a few dozen books, and the aforementioned furniture, that's pretty much all I own these days. Undeniably, since buying those things, I have been happier. Sure, that's not the only reason I'm happier, but those things have played a big part in making my life more enjoyable. 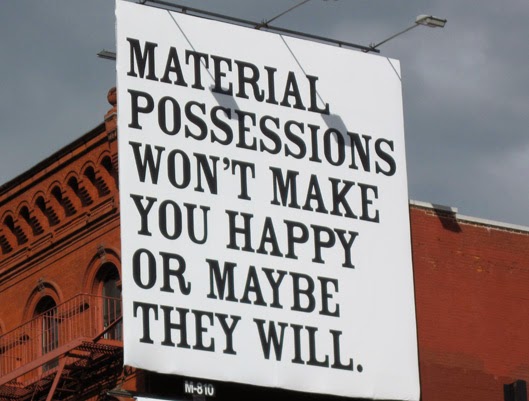 It's not that things don't make us happy. They can, and they do. Rather, when we have more than we need, individual things lose their importance, and when we focus on acquisition rather than enjoying what we already have, that's when we become discontented unless we have a continuing stream of new "things".

Perhaps surprisingly, my attitude is best expressed, not by a Buddhist or a pagan, but by Ali ibn Abi Talib, the first Muslim, a cousin of Muhammad, and the man to whom Muhammad dictated the Quran. 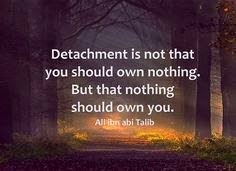 Posted by Matt Kelland at 3:16 PM No comments:

The first time I saw BJB was not long after I arrived in the US, in a tiny bar somewhere in Orlando, somewhere around 2010. I don’t recall why I was there - that was a time where i was drinking in all the local culture I could, and saying yes to everything that friends wanted to take me to. I had no idea what a jug band was, and I wasn’t familiar with any form of American folk or roots music other than Woody Guthrie, so I really didn’t know what to expect. What I got was an evening of really entertaining, well-played, foot-stompy music. Since then, I’ve seen them every few months, and watched them evolve into a first-class powerhouse Southern roots rock outfit. Their new album, due out on April 13, marks their transition from a bunch of fine pub musicians into a thoroughly professional eight-piece band. The production quality is superb, and their playing is tighter than ever before, but they’ve retained the sense of fun and dark humor that makes them such a great live act. I mean, with track titles like Forest of Bloodthirsty Unicorns and Asylum Blues, you know they’re a little… different.

The thirteen tracks on the album show their wide range of musical styles. The opener, Volfkiller, is a punchy rock number that gets you up and moving. By contrast, 13 Steps is a gentle melodic ballad that showcases Stormy Jean’s heartrending vocals backed by a sweet harmonica line. Late Shift and Grab a Jug have a much lighter feel and give the mandolin, washboard and banjo a chance to shine. Jezebellion, is a fast, furious piece with country style guitar and harmonica that makes me want to shout yeehaw at regular intervals. And then there’s the aforementioned Forest of Bloodthirsty Unicorns, which is just a glorious riot of insane lyrics and bouncy, fingersnapping acoustic rock. 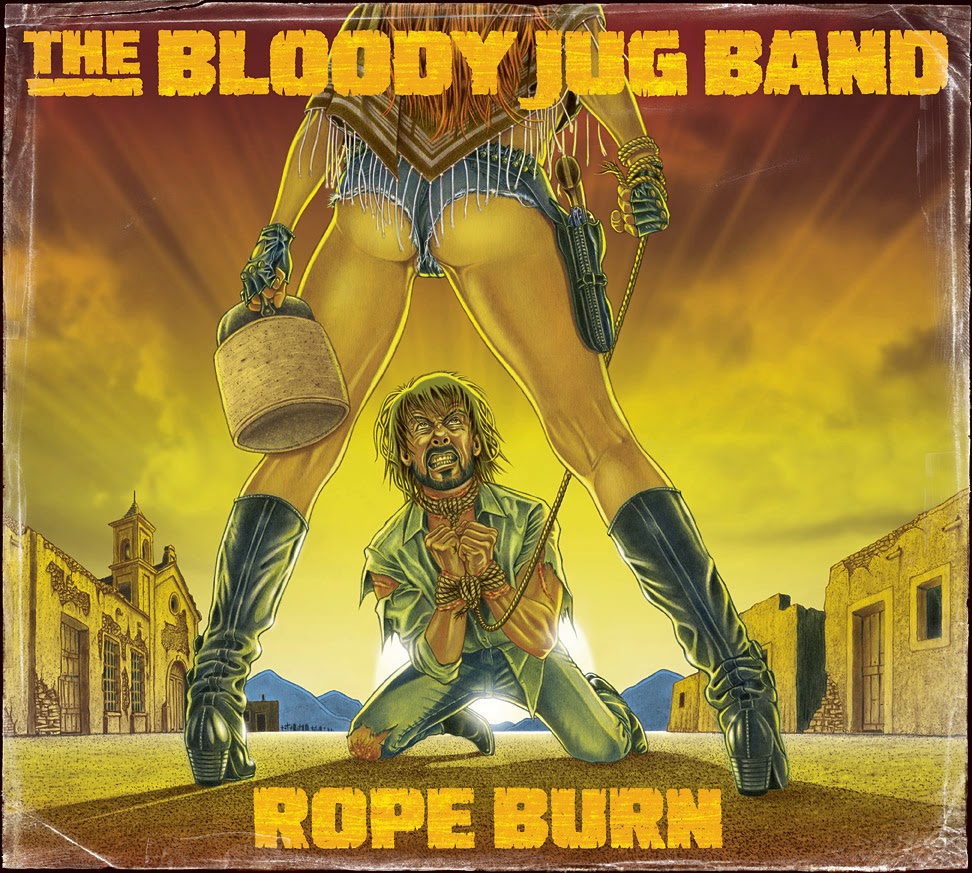 This is the kind of music that I really enjoy on a hot afternoon outside with a plate of pulled pork and beer or two. (Or three. Or four. If I’m not driving, of course.) If you’re already familiar with BJB, then this is definitely one to grab. If you’re not, then give this a listen if you like Reverend Peyton’s Big Damn Band with a hearty dose of heavy on top.

If you want to get your hands on it before the release date, there’s a pre-release party at Venue 578 (formerly Firestone Live) on Friday, April 3, and CDs will be available. BJB will be playing, of course, as will several other local bands. Their CD cover artists, Greg “Stainboy” Reinel and Vaughn Belak will be showing their work as well.
Posted by Matt Kelland at 5:23 PM 1 comment: