What does online friendship mean?

"Friend" always was a broad word. Your closest friends are people you would pretty much lay down your life for. But your friends also include the people you know at the pub, work colleagues you get on with and have occasional conversations with, and people you socialise with in other ways.
I've always been intrigued as to the point when someone goes from being a "friend of a friend" to a "friend". In my mind, that happens when you start making an effort to have a relationship with them directly instead of via that other person, even if it's just meeting for coffee, or lending them a DVD.
Social media, though, broadens the concept of friendship still further. A friend on Facebook means "someone to whom I can establish a connection". Facebook's suggestions actively prompt you to befriend everyone who's a friend of a friend. So, since status in these things is achieved by maximising your friend count, you friend request these people. Not wishing to be rude, they see you have a mutual friend, and accept you. Now you can befriend all their friends, and so it grows. Going from "friend of a friend" to "friend" just takes one click each, and there's absolutely no social or personal interaction.
Where it gets really messy is that in the social media world all this is public. You friend someone, all their friends can see this, and so they click, see who you are, and befriend you too. Woo! Everyone wants to be your friend! Aren't you popular! Actually, no. It's more like someone shows up at your house, announces themselves as a friend of your mate, so you invite them in, and next thing you know, they've brought all their friends and their friends' friends, and there's a party in your living room full of complete strangers. (I hope you're thinking of that scene from Weird Science now. I am!) 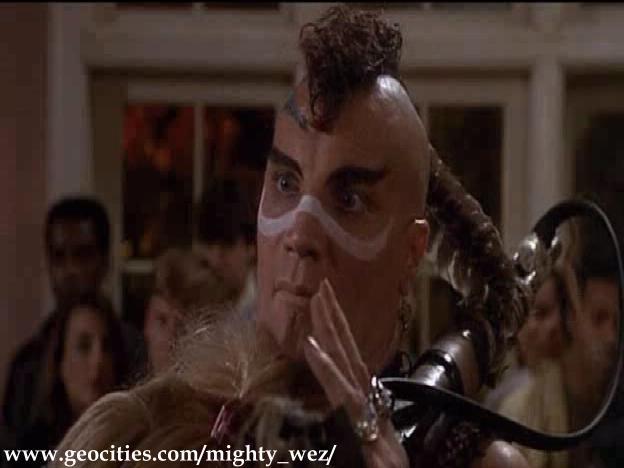 Now turn it around. We all know what it's like when one of your friends breaks up with their partner, and you have to do your best not to be seen to choose sides. In real life, you adjust your social life so that you can gracefully avoid people you don't want to stay in touch with, and life gradually takes its natural course without, hopefully, offending too many people. In the online world, though, there's no accepted etiquette or sense of discreet grace when you un-friend someone.
The problem is that we feel pressured to publicly declare as friendships things that are only casual acquaintances. If my friend Fred has a new girlfriend, Jo, I feel obliged to call Jo my Facebook friend, even if we don't actually like each other. If I belong to a lute-playing club, I'd feel obliged to call any other club member my friend. When social circumstances change, and I no longer have an association to those people, the logical thing is to dissolve that spurious friendship. However, that's a hugely emotionally charged act, especially since everyone can see you do it. People get massively offended when you unfriend them. It generates responses such as "you were obviously never my friend in the first place, which makes you two-faced," or "what did I do to offend you?".
Strangely, the unfriended get offended even if they were hiding your updates. It's not that they actually wanted to maintain any kind of relationship with you, or even had one in the first place, it's purely the fact that you have removed them from the status of "friend" and taken an active decision to exclude them from your social circle.
A while ago, I wrote about the concept of autistic media, and how social media really can't match up to the complexity and shades of human interpersonal relationships. I'm still amazed by the level of communication that we now have, and how we can use this to enrich our lives in many ways, but it's becoming increasingly clear that we still have a long way to go on the fundamental social and emotion-driven structures that will be necessary for online communities to work properly.
Posted by Matt Kelland at 12:59 PM 2 comments:

I don’t know what it is, but these days I find it almost impossible to watch an entire movie without – quite literally - falling asleep. Whether I’m in the cinema or at home, I can’t make it all the way through. Sometimes I can’t even get through a single episode of a TV show. It’s becoming really annoying.

I don’t think it’s just tiredness, though that certainly doesn’t help. I find myself dozing off in matinees or when watching something late afternoon or early evening. It’s certainly not boredom – I end up dozing through the end of films I’m really enjoying. It’s not that I can’t concentrate for two straight hours – I can read a book or play a game all day without dropping off, but half an hour after a movie starts, I start to feel sleep creeping up on me.

I thought for a while it was a reaction to darkness. Dave & Darien both prefer to watch movies with the lights off, so I tried insisting that we leave the lights up. That certainly made things better, and now I can usually get most of the way through a movie or into the second episode of TV before drifting away. I tried changing my posture, and that makes a difference too. If I’m lazing on a couch with my feet up, I tend to crash out fairly rapidly. Sitting upright in an armchair or sitting on the floor helps. However, neither of those is sufficient.

I was fascinated to read in Wired this week how using the Internet is changing the way our brains process information. We’re becoming more and more adept at skimming, at multi-tasking, and at dealing with rapidly changing data sources. After working in machinima for seven years, I now find myself thinking of a ten-minute movie as a long piece, and am getting more and more used to two-minute movies. Watching a full-length feature is rather like trying to listen to an opera or a symphony after being immersed in a culture of three-minute pop songs and advertising jingles.

There was a time when I would sit in a chair or lie on the floor and just listen to an hour-long symphony. Nowadays I’d want something else to do with my hands and eyes while I was listening, and would probably be getting restless after the first movement. When I listen to music now, I’m usually cooking, reading, web-surfing, chatting online, working, or doing housework. (Or, more likely, several of these at once.) I’d probably stay awake through movies if I treated them as background in the same way.

Part of the problem, I suppose, is that watching a movie is completely passive and non-interactive. With a book, at least I’m turning the pages, I control the pace at which I read, I can easily skip back a few pages, and I can get up, make coffee, and read anywhere. I'm imagining the scene, turning words into mental images and sounds. With a movie, I’m completely captive. It demands my attention, but requires that I do absolutely nothing else and gives me everything I need to see and hear. As a result, when I watch a movie, it’s as if my brain is saying to me as soon as I relax, “nope, nothing to do here, Matt, might as well go into stand-by mode”.

Strangely, I can sit by the shore of a lake, in a forest clearing, on a beach, or on top of a hill, and just sit, silently, thinking or meditating for hours without going to sleep. By contrast, I can lie in bed in the darkness for hours, and my brain races insanely, no matter how tired I am. My preferred insomnia cure is to get up, put on a movie, and fall asleep on the couch.

It's perplexing. And, as I said, annoying.

This Film Is Not Yet Rated This is a fascinating documentary about the American movie ratings process that anyone interested in either film or censorship should watch.

As a European, I have to admit I found several aspects of the movie completely baffling.

Let’s get this one out of the way first. It’s a well-known issue that Europeans are reasonably tolerant of sex in movies, but tend to shy away from extreme violence, whereas Americans will accept almost any degree of violence, but are comparatively puritanical when it comes to sex or bad language (despite having the world’s largest porn industry). As a result, the criteria by which films are rated are completely different to what I’m used to. Movies I think of as suitable only for adults are kids’ movies here, and movies I’ve watched with my kids are deemed shocking and unacceptable because there’s a hint of boobage or some bad language. However, that’s not what struck me this time.

The whole basis of US ratings seems to me to be useless. When we watch movies at home, we usually end up looking at the European ratings to find out whether they’re suitable for our 12 and 15 year old kids.

For the benefit of my fellow non-Americans, the US ratings system goes like this:

In other words, anyone can watch anything unless it’s NC-17. The PG-13 category is so broad that some movies are fine for 10-year olds, others – in my opinion – aren’t really suitable for a 15 year old, and would probably be classified 18 in the UK. Kids change hugely between 11 and 18 as they go from pre-puberty to adulthood, and there’s absolutely no indication in the rating of where on that scale a PG-13 fits.

They’re not actually saying that, of course. They’re just trying to work with this broken ratings system.

What they’re actually asking for is two different things. First, they want the artistic freedom to make the movie they want to make. Well, they already have that freedom. They can make the movie any way they want, and they have the option of releasing it as NC-17 or unrated. Nobody's stopping them making the movie, as long as they can get the funding for it. That puts them in the exact same position as every other artist.

More importantly, though, they’re fighting for a commercial opportunity for that movie, and that’s where they have the problem. There is no commercial market for NC-17 movies in the US. That’s down to the decision by the studios, distributors and exhibitors not to show NC-17s. Wal-Mart and Blockbuster won’t touch them either. As a result, they have to get that R rating from the MPAA one way or another, or the movie is pretty much dead. So either they have to cut the adult scenes the MPAA doesn't like, or they have to argue that the adult scenes are acceptable to kids.

So why do the distributors and exhibitors have such a problem with movies that are unsuitable for minors? An NC-17 movie should be no different to any other form of 18+ entertainment. If they were happy to show NC-17s, there would be less pressure to include increasingly hardcore adult material in R-rated movies, and that, surely, would be more in keeping with their mission to protect kids from unwholesome movies.