As an experiment recently, I've been using fiverr to test out the lower end of the e-book market. It's a really neat idea: you offer to do small jobs (called gigs) for $5. The site takes a buck, leaving you with $4.
Now, let's get some perspective. $5 isn't exactly a lot of money. It's what you pay someone to park your car for you - not the parking fee, just the tip. It's the price of a latte or a glass of cheap wine. It's less than an hour at minimum wage. (Florida's minimum wage is $7.21.) In other words, these are the sort of jobs you expect to spend a short time on.
When it works, fiverr works well. I've done a bunch of short e-book conversions for people - the kind of thing that take me 15 minutes with the tools I have. I do a 15-minute training course where I show them how to upload books to the Amazon Kindle store. I do another one where I take them through the options on how to convert e-books. They're easy little jobs I can do on the side, and they're really useful to people who can't get going without a bit of help. It's also helped me get a good understanding of a different segment of the e-book market.
Where fiverr doesn't work is that too many of the buyers expect far too much from it. Some of the jobs I've been asked to do would take me, quite literally, days, and often they seem to want to enter into contractual negotiations that would be more appropriate for a six-figure contract.
For example, I make it clear that the conversion services I offer cover short, simple books only (max 20 pages, text only, I require Word format, I do not upload the book, and you get either Kindle or ePub format). Here's a typical request:

"My book is just over 450 pages, fully illustrated, in PDF format. I require Kindle and Nook versions, and I need you to upload it to Amazon, Apple, Barnes & Noble and Kobo, priced $19.99. I will also require a notarized warranty from you that in the event of any defects you will fully reimburse anyone who has purchased the book from me. If I do a second edition, will this be included in the original price?"
Seriously?
For five freakin' bucks?
And you expect me to pay a lawyer out of that as well?
Did you even read the terms?
One that really made me laugh was a guy who sent me a 10-page questionnaire to "assess my suitability for the gig". Just filling in the damn thing would have taken me two or three hours. I can't help wondering how long he spent coming up with all the questions to make sure he was going to get best value for his $5.
Sadly, I guess about 50% of the requests I get are equally ridiculous. A glance down the "gigs wanted" section shows a similar level of expectation permeating fiverr. "Design and build my corporate website and set up the customer database." "Create me a 15-minute animated video using 3DS Max." "Record my novel as an audiobook." "Conduct a telephone poll of 1000 people." "Create a series of 25 5-minute training videos."
I know the economy's in a bad way, but honestly, people need to keep some sense of proportion! We're helping out for tips here, not providing full professional services. Frankly, it's insulting. I'd rather be asked to do it pro bono than be offered five bucks. I'd still decline, but at least that way we wouldn't be pretending that this was a serious commercial transaction.
On balance fiverr's a good service, as long as you can avoid the time-wasters. I've had some nice clients, and it's actually been a pleasure helping them out, particularly for the tiny gigs that aren't worth doing "professionally". It's not really a business, but it's not charity either - it's more as if the clients are just giving you five bucks to say thank you.
Posted by Matt Kelland at 5:27 PM 2 comments:

Memories of a Future Life (the end)

About a month ago, I wrote about Roz's new book, My Memories of a Future Life. Well, more accurately, I wrote about Episode 1. Not Volume 1, note, Episode 1. Roz took the unusual step of releasing her novel in four instalments for Kindle, and it's only now become available as a single book.
Before I return to the format, I guess I should say something about the book. I almost feel like I should be doing a proper literary criticism, of the sort I haven't done since school: Synopsis, Themes, Characters, Style, Symbolism, Summary. That's because this feels like a proper bit of "literature". That's a word I use with some trepidation: usually "literature" means "stuff I feel like I ought to have read but probably won't actually enjoy" - whether it's modern lit or classic lit. And don't get me started on "chick lit". This isn't one of those bits of "literature", though. It's intelligent, thoughtful, and heavily character-based, yes, but it's also very easy to read and it's got a damn good story. That's because most of Roz's books are very different. She's written under a number of well-known names, including [REDACTED] and [CAN'T TELL YOU OR I'D HAVE TO KILL YOU], and she knows how to tell a rattling good yarn. She's not your usual literary novelist.
One of her other readers summed it up best - Memories is like John Fowles's The Magus. I loved that book when I was a teenager, and I'm now getting a hankering to read it again. It's the sort of literature I enjoy reading, combining a slightly unsettling plot with hints of more beyond. It's not the depressing realism of your typical Booker novelist or the light fluffiness of a slice of middle class city life.
Memories is about a pianist who can't play any more who goes to a hypnotist and starts channelling, not a past life, but a future life. Anything more would be a spoiler, so I'll stop right there. Roz's writing is some of the sharpest I've read in a while. She uses short, punchy sentences, punctuated by powerful metaphors and vivid descriptions. The result is some of the most readable prose I've come across in a while. 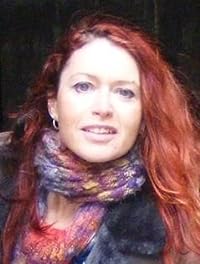 I will admit that after the first episode, I was slightly dubious about where it was going. I was enjoying it, but once she introduced characters who were regressing to past lives involving Jack the Ripper, there was a small part of me inwardly groaning and hoping it wasn't going to turn into some cheesy From Hell scenario. By the end of the second episode, I still wasn't much reassured. But I'm glad I stuck with it, because the end is an absolute rip-roarer. (Her husband Dave popped up on Twitter when I mentioned my concerns, and assured me I wouldn't anticipate the end. He was right. I should have known Roz wouldn't resort to cliche without good reason. She's better than that.)
Here's my one grouse. The release in instalments didn't work for me. I wanted to read the whole thing in one go. I didn't like waiting for the next episode to come out. In fact, after Episode 2, I decided to skip Episode 3 the following week and waited until the whole thing was published.
As a marketing technique, I hope it worked for Roz - self-publishing is a challenge at the best of times, and you have to do whatever you can to get attention. I certainly tweeted and facebooked about it much more than I would have done if I'd just bought the one book. But as a reading experience goes, I wish I'd waited and read it straight through. To be fair, I find the same with comics and television series - I enjoyed the anticipation of waiting for next week's Doctor Who or 2000 AD when I was a kid, but now I'd prefer to settle down for a long session whenever it's convenient for me.
However, none of this is a problem for anyone out there. It's all out now, and you can buy the complete novel for $9.99 on Kindle or $14.95 on paper. (You can still get all four episodes separately for $0.99, but not for much longer.)
So yes, I enjoyed this immensely. I'm torn between 4 and 5 stars, but that's only because I'm really, really picky when it comes to giving out 5-star ratings, and I'd have enjoyed it more without the enforced breaks in the middle. However, it's an easy four and a half. Memories is sharp, well-written, and a damn good read, and I'm looking forward to whatever Roz does next.
Posted by Matt Kelland at 12:24 PM 4 comments: