This may fall into the category of too much information, but what the hell. I'm going to talk about soap.
Well, not just soap, but memory and senses.
Since being over here, I've used various things to get me clean. Axe shower gel, some organic hemp-based soap, cheap hotel soap, and so on. A few weeks ago, I was in the Indian store and picked up some ayurvedic soap. Because it was there, and it was cheap, and I needed soap. 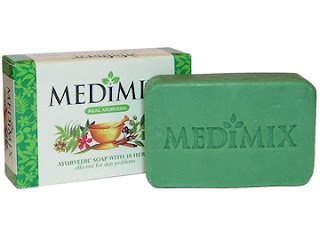 Most of the time, I associate smells with two things: food and incense. I love the aromas of cooking, especially spices, bread, stews and coffee. And I love to fill my environment with incense, though I don't do it as often as I'd like because the smoke tends to trigger my asthma. But most of the time, smell isn't a large part of my world. It's just not one of my critical senses. If anything, the smell of cleaning products is something I actively try to block out: I can't actually walk down the aisle of the supermarket where they keep the washing powder: it gives me an instant migraine.
So I was quite surprised when the first thing that struck me when I opened my box of soap was the smell. It reminded me of the school soap at my boarding school in the mid 1970s. The same thing happened when I visited Bombay a few years ago: all the hotel soap smelt like this. Actually, a lot of Bombay reminded me of the Britain of my childhood - the Morris Oxfords, the Enfield motorcycles, the style of the signage, the nostalgia for the 1930s, and so on. The policeman are like Dixon of Dock Green in Indian uniforms, and the shopkeepers are like Indian versions of The Two Ronnies. The people have a politeness that's all but disappeared from British society: it's almost like an alternate timeline for England, where we never had the Sex Pistols, the yuppie 80s, or the Thatcher years.
The smell of the soap brought back a flood of memories, of school wash times, bath nights, scratchy towels, making up loads of lather in the sink and throwing the suds at each other, and so on. But most of all, it just smelt of cleanness. It was like the primal essence of soap. Deep down in my brain, some primitive memory was telling me that all these fancy new smells like Dragon Fruit & Kiwi or Vanilla & Raspberry were just plain wrong, no matter how sensual and nice they may be, and if I was ever going to be properly clean again, this was what I needed. It's like the original Pine scented Radox. It just feels fundamentally different to any other variety, because that's what we had when I was a kid.
Honestly, I have no idea whether ayurvedic soap is any more or less effective than Axe Dark Temptation shower gel when it comes to actually cleaning my skin. But I feel cleaner, and as far as I can tell, that's purely down to the smell and memories of childhood bathtimes. Which is weird, but rather pleasant.
Posted by Matt Kelland at 8:54 PM No comments: