There are many, many reasons to dislike Facebook. However, I think that despite its flaws, it's a pretty amazing thing. It's enabling us to communicate more than ever before, and to share our lives in ways that were unimaginable when I was growing up.

What's emerging from Facebook is an incredible piece of accidental social engineering: the way it's being used to disseminate what, for want of a better word, I'm calling morality. It's not just about the pictures of food and cats, the links to music or blog posts, and the endless trolling. It's actually spreading and reinforcing ideas in new, unexpected ways.

Back in the early days of FB, gifting apps were all the rage. You sent someone a picture from a collection - dragons, famous paintings, game characters, or whatever. Your friend could then send pictures from that collection to you or other people, and in return, you unlocked more pictures.

It was a nice, simple way to promote the idea of gifting: you could spend time choosing which picture would be most appropriate to individual friends, and it didn't cost anything except a bit of time and thought. Interestingly, the apps that did best were the ones that had the most to unlock. The ones that gave you everything to start with weren't successful. My guess is that what people liked most was the reward for having made a gift - it wasn't just the altruism of making a gift that engaged people, it was the fact that you got something back for having done something for someone.

Gifting apps aren't popular these days: it's easier just to share pictures with everyone, or post them on someone's timeline. Still, it was an interesting first step in a simple social culture economy - to get something, you first have to give something, and receiving something is an invitation to participate in gift-giving.

Shortly after the gifts, we got the collaborative games. These were of two main types: there were the games which relied on you having a "network": the more people who you persuaded to join, the stronger you became. 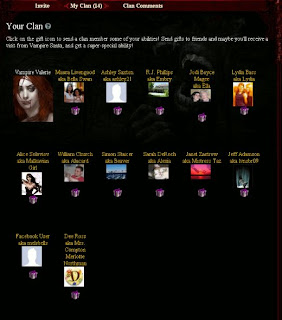 These promoted the idea of cooperation: you help me, and I'll help you - something that's missing from many games.  The other type were the games where you got rewards for helping your friends build whatever they were building: if you cleaned out their fish tank or weeded their garden, you could buy more things for your own fish tank or garden. Like the gifting apps, these didn't cost the other person anything: the rewards simply came from the system. These weren't altruistic actions, they were things you did for your own benefit, but which happened to be structured as win/win actions.

Despite their very limited interactivity - just a few clicks and little or no direct interaction - they all carry a common message. You can't achieve what you need on your own: you will do better by helping others. In a world dominated by the message of self-reliance and looking after number one, it's an interesting way to spread the idea that cooperation often beats independence.

The most recent trend is in sharing pictures that consist of a simple motto on a pretty background. Most people wouldn't share the sayings as simple text, but once you put them on a picture, they apparently magically become inspirational and worth sharing.

I have to admit, I get fed up of these - in some ways, it feels like schoolkids standing up in class and spouting a piece of simplistic philosophy that everyone is bound to agree with and the rest of the class applauding them. "I think everyone should be nice to each other - who agrees with me?" Well, who's going to be the one who says no, other than the class troll? 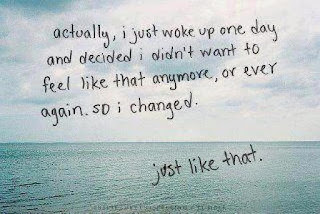 However, what fascinates me about this trend is that these pictures perform two simple functions, and they do it rather elegantly, even though it's a very clumsy mechanism. First, they enable someone to express how they're feeling without having to go into specifics or find the words: it's the equivalent of putting on a piece of music to express a mood.

More interestingly, though, is that they are used to express our shared values as a culture, and that the individual is publicly identifying themselves with those values. Society as personified by the mainstream media likes to push capitalism, consumerism, and individualism: life's about getting ahead, buying new things, or keeping up with fads. Most of these pictures express the simpler, less tangible things in life: friendship, personal growth, joy, or hope. When someone shares a thought like this and their friends "like" them in response, it reinforces the values that they embody, and reminds us all that these values are as important - if not more important - than getting a bigger TV, coveting the newest phone, or whatever some reality TV star has been up to.

Social media has a unique way of reaching out to people and getting them to express what really matters to them. These apps, games and pictures aren't a sophisticated way to express these values, but that's actually part of the beauty of them. Anyone can do it - you don't need to be an orator, a writer, a poet, a musician or an artist. You just have to click a button or two, and you can share your thoughts - even if your thoughts are merely "that sentiment resonates with me."

And that's a pretty good message to spread around the world, isn't it? 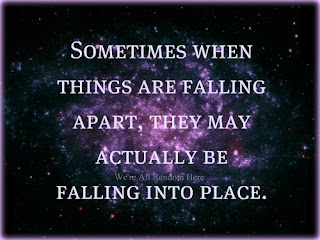 Posted by Matt Kelland at 2:44 PM No comments: