I'm no Woody Allen fan, but this one's always made me smile. "How do you make God laugh? Tell him your plans." OK, then, Big Guy, here you go.
Despite the best endeavours of the economy, lawyers, and politicians, 2009 was a truly wonderful year for me, as you probably all know by now. So here's what I'm hoping for from 2010. These aren't exactly New Year's Resolutions, because, like most people, I never keep those. They're more like goals.
Most of all, though, I'm looking forward to spending time with family and friends. I've been given the chance for a complete new start, and I have a magnificent and marvellously supportive lady by my side. If 2009 was the year both our lives changed, then 2010 will be the year where we find out what we can achieve together. 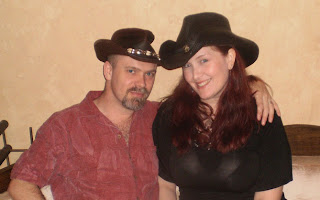 Here's to you all - have a great year, and thanks for reading!
Posted by Matt Kelland at 7:10 PM 7 comments:

My favourite movie of the year

2009 has been a pretty good year for me and movies. I've seen more films in the cinema than I have for ages, largely because the Cambridge Arts Picturehouse and the Enzian Theater are such fantastic places to go to. I've begun to watch a wider range of movies at home than normal as well, thanks to Netflix streaming. (They should be paying me, the amount I go on about them.)
Anyway, here's my top three.
#3 Red Cliff
I've loved the Dynasty Warriors games since I first saw a PS2. John Woo's Red Cliff is an epic film based on one of the historical battles depicted in that game, so I was fascinated to see what it would be like. I wasn't disappointed. I was stunned to see how close it was to the game, in terms of both the story and the visual design of the characters and the places. They're both drawing on the same sources, and they're both treating it remarkably faithfully. As you'd expect from John Woo, it's a full-on spectacular action film, and the set-piece sequences are jaw-droppingly good. Costumes, sets, and cinematography are all fabulous, in the way that top-notch Chinese movies seem to have mastered these days. I still haven't seen the full 280-minute Asian release, only the 148-minute Western release, but I certainly intend to.

#2 Avatar
It's a tough call, but I'm going to have to put Avatar in second place. In the last three weeks we've seen the popular response go from "it can't live up to the hype" to "wow!" and then to "yeah, but the story's lame, what's the big deal?" The big deal is this. It's breathtaking. It uses 3D like no movie before it. The animation is incredible. The visual design is astounding. When you see it on a big IMAX 3D screen you become totally immersed in this beautiful, fantastic, magical world and in the film, and you want to reach out and touch it. You get vertigo while sitting in your seat. As for the story, personally, I loved it. It weaves together things from so many sources I've enjoyed over the years: Ferngully, yes, but also Deathworld, Starship Troopers, Aliens, Dragonriders of Pern, Emerald Forest, Dances With Wolves, and a host of classic SF stories. It wasn't at all what I was expecting, but I was absolutely entranced throughout. It's without a doubt the best thing Sigourney Weaver has done in years. It's taken Cameron 10 years and $300m to create Avatar, and he's exceeded all my expectations. It's a true landmark film.

#1 Moon
At completely the opposite end of the spectrum to Avatar, this low-budget sci-fi movie from Duncan Jones is my top pick of 2009. It's the best hardcore sci-fi I've seen in, well, as long as I can remember. It's an engrossing psychological thriller, with just one actor (more or less) and a robotic voice. I'm not going to say anything at all about the plot: I knew nothing about it when I saw it, and was absolutely hooked. It's only 97 minutes long, but you have no sense of time in this eerie world, and you feel completely sucked in. It's even more incredible when you know that it was made for just $5m, and it's Jones's debut movie. The special effects shots are superb, and I was amazed to learn that they're nearly all model shots, not digital, because it was cheaper that way. There's a lesson in there for movie-makers.

There are some good-looking movies coming up in 2010, and I still haven't seen Sherlock Holmes or Me And Orson Welles. I'm really looking forward to Alice in Wonderland, Voyage of the Dawn Treader, Clash of the Titans, Legion, The Lightning Thief, Dante's Inferno, Prince of Persia, and Eagle of the Ninth - and those are just the big movies I know about. Who knows what the indie movie scene or the Florida Film Festival will reveal?
Happy New Year, everyone. Whether you're making or watching movies, have fun!
Posted by Matt Kelland at 7:44 AM 3 comments:

Woman in the Moon

The Netflix streaming service has once again done itself proud. Its growing collection of on-demand silent movies is becoming quite impressive. Today I watched one of the first "serious" science fiction movies, Fritz Lang's Woman in the Moon (also known variously as Frau im Mond, Woman in the Moon, Girl in the Moon and By Rocket to the Moon).
Released in 1929, it came shortly after Metropolis, and was quite remarkably ahead of its time. SF has been a staple part of film since Melies did his Voyage to the Moon in 1902, but it was mostly Verne-style fantasy. I was expecting something similar from this, with strange beasties or lost civilisations living on the Moon, much like the Soviet SF film Aelita, Queen of Mars, but it's nothing like that at all. If anything, it's more of a forerunner of 2001: A Space Odyssey and Apollo 13, crossed with a 1940s planetary exploration story.
The story's simple enough. A group of people take a rocket to the moon to prospect for gold, but their journey is marred by personal rivalries and jealousy, and once they land, it becomes a fight for survival.

However, what makes this film remarkable is the hardcore scientific setting, described by most critics as "prescient". The rocketship, which predates the pulp days of magazines like Astounding, is something both Werner von Braun and NASA would recognise instantly. It's absolutely not Flash Gordon. Much of the movie is taken up with the spectacular launch and flight to the Moon. His characters are worried about how to survive the g-forces during blast-off, and we see in detail how the acceleration couches are sprung to minimise the risk. It's a liquid-fueled multi-stage rocket, and we see the boosters drop away. Throughout the ship there are footstraps and bars so they can move in zero gravity, and yes, there are floating sequences, including a great bit where they're pouring drinks that turn into liquid bubbles they have to catch. We see them using retro-rockets to decelerate before landing, and we even get an explanation of the gravitational fields of the Earth and the Moon. The spacesuits are obviously diving suits, but they're more realistic than much of what followed in the hey-day of Hollywood SF. And when they land, we see them lighting matches to test for oxygen.

It's hard to remember that when this was made, it was 40 years before the first manned flight to the moon, and 25 years before even Sputnik. Lang worked closely with Hermann Oberth, one of the world experts on rocketry, and he drew his inspiration and design mostly from Oberth's influential textbook Die Rakete zu den Planetenräumen (By Rocket into Planetary Space) which was first published in 1929, a few months before Frau im Mond was released.
Of course, it's not all perfect science. For a start, there's breathable air on the Moon, so they can wander around happily. And while gravity's low, they're fine with heavy-duty diving boots to keep them anchored to the surface. The costumes are pretty cringe-worthy too: I couldn't help laughing at the men's outfits of everyday clothes (with a tie, of course) and a woolly cardigan.

However, that aside, this is a work of absolute genius, and deserves to be better known. In its day, it played a key role in firing popular enthusiasm for rocketry and space exploration. If it had been a sound film, it would probably have survived in the public consciousness much better. As it was, silent films were all but obsolete a couple of years later. Not until 1950's Destination Moon did we see a science fiction film that was so heavily based in real science.
It's available in a nicely restored print on DVD from Kino, and, as I said at the start, on Netflix streaming. If you love science fiction movies, do yourself a favour and watch it. Posted by Matt Kelland at 4:40 PM No comments:

Things I love about Florida

So, rounding off my week of mini-rants, let's end on an upbeat note. Things I love most about this place.
Happy Christmas, everyone! 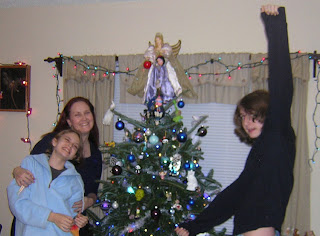 Things I don't miss at all

So far this week, I've talked about things I miss most, and things I expected to miss but don't. Today, I'll tell you a few things I'm really glad to have got away from. (Watch out, Rude Word Zone ahead.)

Things that, to my surprise, I don't miss

Yesterday I told you about the things from England I miss most. They aren't necessarily the things I was expecting to miss. These are a few of the things I thought it would be hard to leave behind but I seem to be coping quite well without.

Tomorrow: things I'm really glad to have left behind.
Posted by Matt Kelland at 4:53 PM 3 comments:

Florida is feeling more and more like my home now. I've been here for nearly five months, and England is beginning to feel somewhat far away. I still miss a few things about the old country, though. Tomorrow: things I expected to miss, but don't.
Posted by Matt Kelland at 4:23 PM 4 comments: